As you hike along the Pinyon Trail, you will see this big shrub or tree all along the trail, Juniperus grandis.  It is also called the Sierra western juniper, Sierra juniper, or Western juniper. It is native to the Sierra Nevada in eastern California and western Nevada; and the White and Inyo Mountains, San Gabriel and San Bernardino Mountains, and higher elevations of Mojave Desert mountains in Southern California. It grows 39 to 85 feet tall and is found on exposed, dry, rocky slopes and flats, and pinyon-juniper woodland. It also likes temperate coniferous forest habitats, including the Sierra Nevada upper montane forest and Sierra Nevada subalpine zone eco-regions, and grows at elevations of 330–10,170 ft.

Juniper berries are not true berries but are the female seed cones with fleshy and merged scales, which give them a berry-like appearance.

Juniper berries are of course famously used to flavor gin, as the name “gin” comes from either the French “genievre” or the Dutch “jenever,” which both mean juniper. It is also used for flavoring in many foods. The Native Americans used the seeds in juniper berries for jewelry and decoration and also to treat conditions such as tuberculosis, bladder infections, and more. The ancient Romans, Greeks, and Egyptians were known to have used juniper berries. In fact, the Greeks used juniper berries as an herb for purification ceremonies and to increase physical stamina (particularly for athletes), recording the use of juniper berries as medicine long before they were said to start using the berries as a spice in foods. Egyptians used juniper as a medicinal herb and to embalm the deceased. 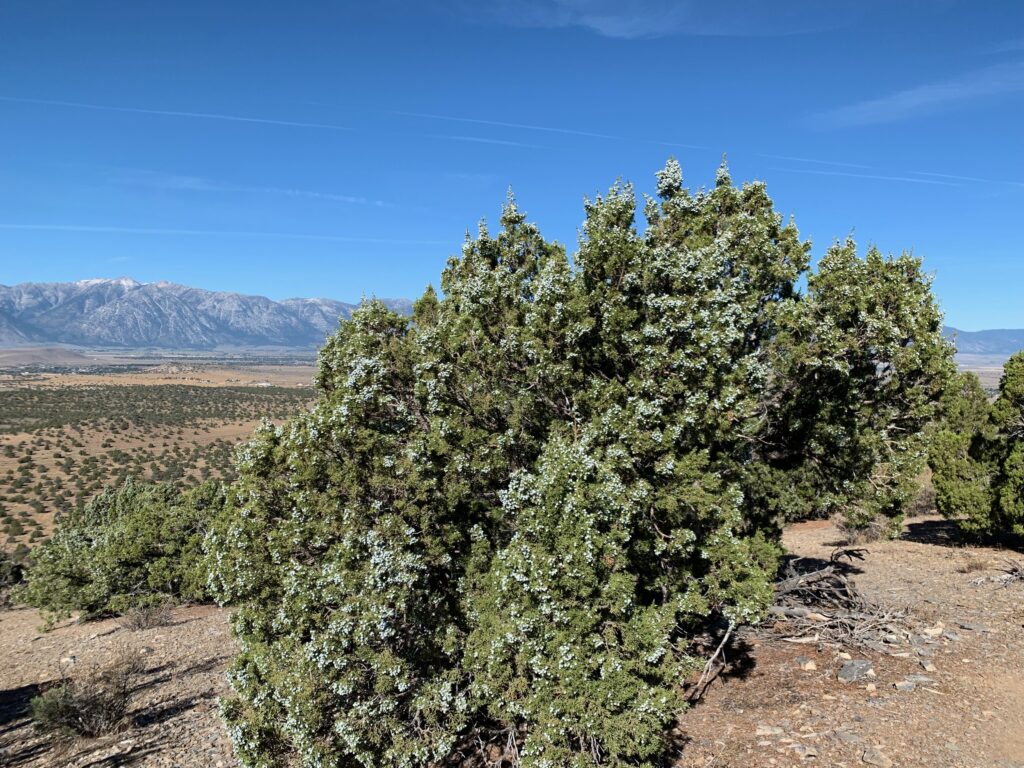 So keep an eye out for this beautiful and useful tree while you are enjoying the high desert trails!

1 thought on “The Sierra Western Juniper”