If you have hiked the Fay-Luther Trail System, the Genoa Trail system or the upper part of the Clear Creek Trail where the habitat is montane coniferous forests dominated by pines, here is a beautiful and interesting bird you may see… 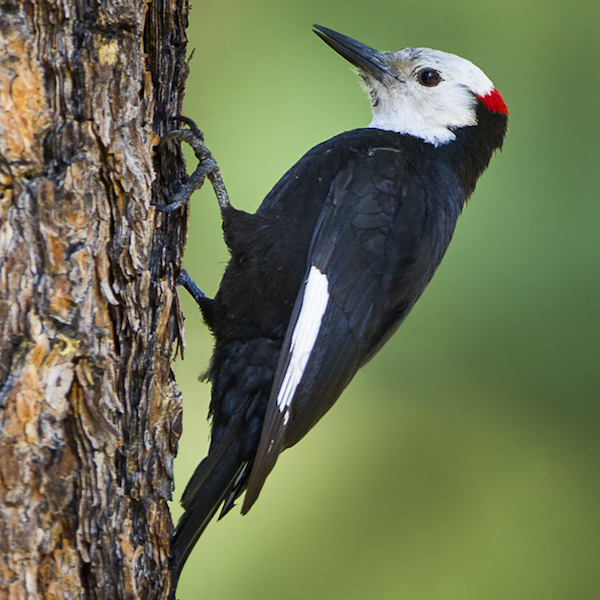 This bird is called a White-headed Woodpecker, and they are about the size of a Robin. The one pictured here is a male, which you can tell by the red patch on the back of his head. The female looks the same, just without the red patch. They are the only woodpecker in North America with a white head and a black body.

I have seen these birds in Yosemite, but the first one I saw here was on the Clear Creek trail near Knob Point, doing what White-headed Woodpeckers do, which is pecking and flaking the bark of the tree for insects. They also like to open up pine cones to get at the seeds, but rarely hammer deep into the wood like other woodpeckers. These birds don’t migrate, so you will see them year-round. They prefer to nest in holes in dead trees, snags and stumps, and both the male and female incubate the eggs.

Their call is a sharp high-pitched, two- or three-noted “pit-it” or “pit-it-it”, so if you are out hiking in the pine forest and you hear that sound, look around as there is one nearby. I love seeing these birds.

A couple of weeks ago I was hiking on the Lonesome Trail when I came upon one of these, stretched out across the sandy trail. 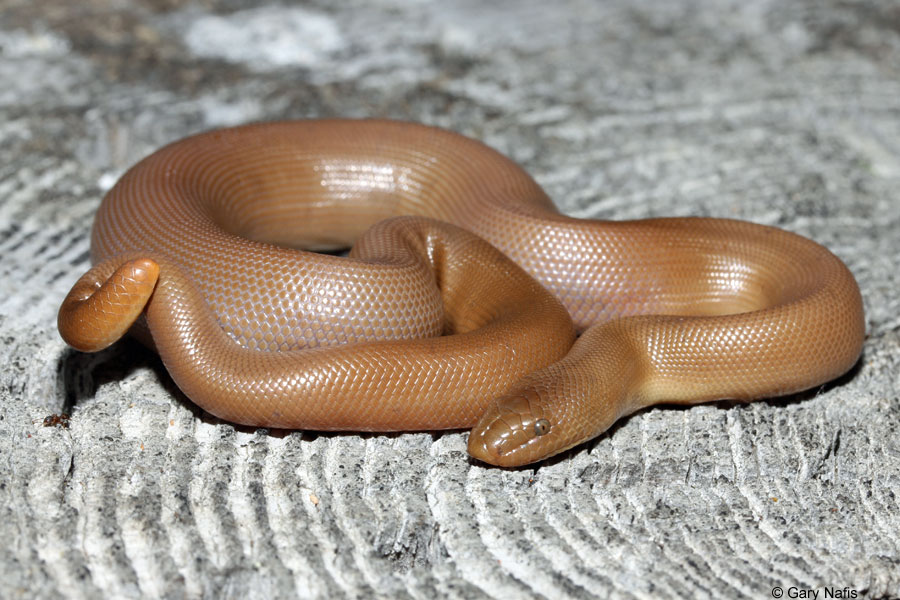 It’s a Rubber Boa, and I think their name is apt as they do look rubbery, don’t they? The one I saw was about 13 inches long but they can get as big as 2.75 feet long. What I found unusual about this snake was its stubby tail that looks the same shape as its head.

These non-poisonous snakes cover a large portion of the western United States, and are known to be one of the most docile species of boa. They are known to never bite or even strike at a human but they will release a potent musk if they feel threatened. If you’ve never had a snake release this musk onto you, consider yourself lucky-it smells really bad!

They are quite adaptable, living in many different habitats, from grasslands to meadows to coniferous and deciduous forests, and they are found at elevations as high as 10,000 feet! Even though like all snakes they are cold-blooded, meaning their body temperature varies with that of their environment, they can live in areas that are surprisingly cold for a snake.

They primarily feed on young mammals such as mice, and also sometimes eat snake and lizard eggs and young birds and bats. Their only defense mechanism when threatened is to curl up in a ball, bury their head inside and expose their blunt tail to mimic their head. Needless to say, this is not a very effective defense, which is why they are usually quite secretive. I feel lucky that I got to see one!

Our Spring/Summer 2019 Newsletter is now available, it’s a wonderful read packed full of interesting info and you can find it here. 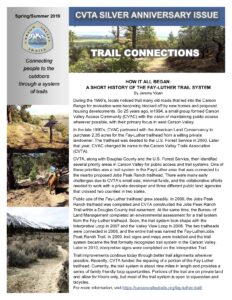 1 thought on “Wildlife on the Trails”